by Marissa and Michael Hock

I have pets. Well, cats, so I guess the more accurate statement would probably be that my cats have a staff that helps to maintain their quality of living. You know of the famous one, Hamlet T. Wondercat, and sometimes I do have to wonder what he might be doing during the day. Knowing him, he’s probably sleeping in between trips to the food bowl. Maybe some light mayhem. The recent Illumination Entertainment (that wants to remind you that they invented Minions, which, depending on your point of view will make you want to punch them or laugh with them), attempts to put a more adventurous spin on this with the hilarious buddy comedy, The Secret Life of Pets.

Pets opens with a slice of life look at just what does happen with the pets in ritzy New York City apartments, specifically focusing on a terrier dedicated to his human named Max (played by an almost unrecognizable Louis CK). Max and the other pets live an idyllic life waiting for their masters, gorging on food (much like Hamlet T. Wondercat), or pretending their flying in a Top Gun-esque type scenario. In the case of on pup that was featured on every commercial, they listen to loud metal music.

One day, Katie, Max’s owner, brings home a new brother, Duke (Eric Stonestreet). Max is not really thrilled at this newest addition the family, so naturally, the two become fast enemies. A few moments of hilarity later, and the two find themselves on an adventure that involves psychotic bunnies (Kevin Hart, hilarious as always), deadly snakes, the pound, and of course, a trip to a sausage factory. Hot on their trail to find them are their friends, including a love-sick dog named Gidget (Jenny Slate, who deserves more credit for her hilarious work), a lazy cat (Lake Bell), and a vicious red-tailed falcon voiced by Albert Brooks, who really should stop losing animals in animated movies.

Pets was overall a cute movie.  It reminded me a lot of Oliver and Company, with the deeply entrenched New York City setting, and animals that are, at their core, New Yorkers. There’s even a fun little line about the resurgence of Brooklyn as a hipster paradise, and other jokes that are aimed at adults. The balance of adult to kids jokes is pretty standard, and having to sit through this as an adult (which I did, because I’m a kid at heart) is not a slog.

The characters are well thought out as well, despite a bit of some anti-feline propaganda in the movie. I mean, cats ARE lazy, and don’t care much about you but… ok, maybe it’s not propaganda so much as an accurate portrayal of the animal. Max and Duke represent a typical of a buddy-buddy go on their “Road to” adventure and eventually bond over a love of sausages and not being in the pound. Louis CK and Eric Stonestreet never seem to overwhelm their characters with too much of their own personalities, and it’s easy to easy them as loveable animals. Hart absolutely slays as the psychotic Snowball, adding not only the comedy of watching a cute, fluffy bunny who has lost his mind and wants world domination, but the sadder undertone of the fact that he, and the other pets, were abandoned by their owners. But the movie, while delving into some darker territory, never feels bogged down by it.

Adding to the fun is the music. The background score is a jazzy mix that melts in well with the New York City vibe of the film. It also helps a lot during the zanier moments of the film, a lot is happening outside the realm of possibility, but there’s never a sense of too much danger. Even the evil falcon only gets a few moments of pretending to eat the cute little lovesick puppy that maybe puts too much trust in the bird. (Although as noted, it’s Albert Brooks. Who wouldn’t trust him?)

Overall, this film is just a fun little summer movie that rises above the idea of being counter-programming for something bigger. It’s a fun movie that is worth your time, and is worth your visit. 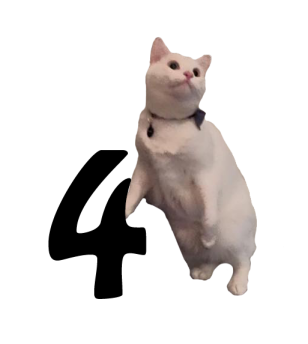