The internet is a powerful tool. We’ve mostly used it to look up cute pictures of kittens or to replace feuding celebrities with Soap Operas, but that doesn’t mean it doesn’t have potential. It can rally people to action, or it can let you yell obscenities to the guy who killed you in a video game. You can reconnect people you’ve lost in your life, or you can question the patriotism of someone on that cute cat video.

In short, the internet is great. The anonymity provided by it may not be so great. The new movie Nerve plays with that idea with varying results.

The movie features a game called… well, Nerve (which I guess makes sense) which is essentially Truth or Dare, but instead of the “truth” part you get tasked with doing stunts of varying degree of danger until enough people bail. Then they get money donated by the mysterious watchers who essentially bid on these stunts. The game is one of those things that’s a secret but not really, because the internet is scary to writers.

A young timid high school senior named Venus (because names in Young Adult Novels need to be unique. She’s played by Emma Roberts) is introduced to the game by her friend Sydney (Emily Meade), who is taking part in Nerve challenges for the internet fame and the money. Naturally, after a disastrous encounter with her crush (high school isn’t fun) she decides to take part in a game. She eventually meets Ian (Dave Franco) who is also participating in the game, and the two head to the city until naturally, the internet ruins everything.

Nerve is actually a pretty interesting look at the things we view online, and how that viewing creates a distance between viewer and subject. Yes, what we may be seeing is real, but does that mean there needs to be sympathy for the subject? How much is edited? What does it mean that the cutest kitten video can still somehow spark a debate because a few people want to interject they’re dog people?

The movie plays does a great job of playing with the way we fetishize not our online presence. Sydney, playing the game for fame, early on flashes the camera as part of a dare, and is suspended for it. Later, the camera lingers on a shot of her dancing before her phone goes off and we realize that there’s that connection between how she views herself and her phone. She doesn’t matter, only her online presence does. It’s only when it’s a choice between life or death that she ultimately chooses to “bail”, dropping her phone in the process.

Nerve is smart in the way it plays with these camera angles, much of what we see is neon-coated and shot from a lower angle, mostly so we can see the actors looking down at their phones, as most of the action does rely on people looking at their phones. Enough people do that in the movies to make it unpleasant enough, we don’t need that reminder. But this movie does have a good way of translating all of that into something visually pleasing.

The movie, while really good, is not without it’s problems. A late third act twist changes everything, and asks questions about just how sinister this game actually is, particularly given the fact that it seems to be crowd sourced, and doesn’t have one particular person running it. If it does, that person is never given a face. And the solution boils down to the infamous “hacking magic” because, while hackers are very good at what they do, screenwriters don’t really know how to make that work on the screen, so it involves a bunch of typing, then stuff happening.

I also found Vee’s friends a little bit annoying, particularly Tommy (played by Miles Heizer). I get that he was supposed to be a lovesick friend who has a crush on Vee, but he comes across more as stalkerish, not the voice of reason that he really could have been had they kept him just a friend instead of someone who wanted her, and seemed more jealous that she was hanging out with hunky Dave Franco.

Nerve also touches on, but never fully embraces, the ubiquity of what this game could mean, for instance, late in the movie (when some of the best ideas are being thrown around) Ian is confronted by a drone while taking part in one of his challenges. The idea that the game is literally everywhere is explored, but in the end, it’s abandoned.

Overall, despite the third act problems, this is a really good movie. I like the slow build from innocent game to dangerous one, and I could buy these challenges being offered up as real challenges. It’s just one of those issues where the movie wants to ask questions, try to answer them, then just not in favor of watching some cool scenes of Dave Franco and Emma Roberts on a motorcycle together. It has a lot of potential, and lives up to most of it. Still really enjoyable. 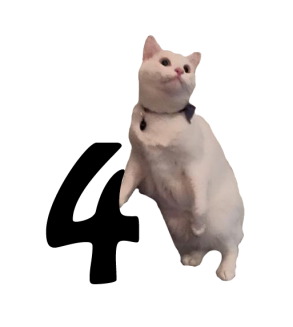