Quick programming note: I bill this as a “review” but I will be going into some analysis later on that provides some spoilers.  If you haven’t yet seen Captain Marvel, go grab your [spoiler] and go see it! If you have seen it, then grab your Flerken friend and read it.

Over 20 movies into the Marvel Cinematic Universe, it’s easy to see why it has appeal. The movies tell interesting stories with characters that you may have some passing familiarity with, and you want to find out more about them. This was the template with the first movie, Iron Man. I get that you can’t swing a magical hammer without encountering some piece of Iron Man merchandise now, but before he was a billionaire playboy philanthropist, he was that guy that wasn’t profitable enough to sell to pay off Marvel’s debts in the 90’s. Same with a lot of these characters, including Doctor Strange, Rocket Racoon, and Ant-Man. That’s right, we now live in a world where there the biggest movies ever include possible Highlander Paul Rudd shrinking, and a raccoon that talks with Bradley Cooper’s voice.

Marvel has done it again with Captain Marvel, a character who you may not have known about before this movie, but you’re going to be seeing a lot over the next few years. Like, Iron Man level.

Captain Marvel is about ace Air Force test pilot Carol Danvers, who, after, crashing her ship, is given a magic ring by a dying alien named Abin Sur…

I’m kidding. A little DC/Marvel humor for those of us who love comics.

Captain Marvel IS about Carol Danvers, who, after some memory loss thanks to an explosion, is told she is an alien named a Kree, and taken to Hala to become a noble warrior hero. You may remember the Kree briefly from Guardians of the Galaxy, which is a testament to the world building that Marvel is capable of, but sometimes fails to capitalize on. (More on that in a bit.) Carol is kidnapped by the Skrull, a race at war with the Kree, and finds herself crashing on a very 1990’s version of Earth. (Grunge? Check. Blockbuster? Check? True Lies? Check.) There she teams up with a very two eyed version of everyone’s favorite one eyed superspy, Nick Fury while trying to figure out what type of noble warrior hero she plans to be.

I enjoyed this movie. It took the hero theme and kept it pretty strong throughout. Make no mistake: Carol very much views herself as a hero, there’s no dramatic moment where she starts to doubt her feelings, there’s no moment in which she wonders if she should hang up the suit. I like that we didn’t get the traditional origin that showed a long slog of introductions before we got to the Fireworks Factory of Captain Marvel shooting lasers out of her fists, while still getting the introduction. This is one of the things that Marvel has gotten good at after so many origin stories: skipping to the point where we get the hero. Sure, it worked to see CGI Chris Evans, or Thor without his hammer. But we knew where this was going, so it was a relief that we didn’t get a ton of backstory before the pew-pew laserfists. This weaves in who Carol is nicely with the story of how she got her powers, as she discovers it.

Therein lies the important part of this movie. (Hey, remember how I said spoilers? Well… stop reading. Enjoy the pew-pew lasers line. It’s something I’ll be embarrassed by for years to come.)

This movie keeps up a stronger theme than most of the other Marvel movies, and that’s something I feel has been missing from Marvel movies of late. Tony Stark’s motivations fluctuate depending on the movie, Thor Ragnarok was largely undone by Infinity War… this is to be expected when your characters are either in or talked about in 20 different movies. But what makes this strong is that the screenwriters and directors lean heavily on the idea of identity, and finding out who we are, and learning to adapt – which is important.

The obvious line here is with the shapeshifting Skrulls, who are heavily leaned on to be the “bad guys” for most of the film. Ben Mendelsohn is having a blast as the leader Talos, but we find out… they’re not really the “bad guys”. They’re not necessarily good (I bring up Mendelsohn because he acknowledges they are at war) but they’re mostly people trying to find a home. This causes Carol to question her loyalty to the Kree. Carol herself is trying to figure out who she is – after all, she has no memory of the past few years, and Brie Larson plays this off beautifully. She’s a character who knows she has a duty to something, but she’s not quite sure what. As she makes that shift to protect people, she makes it confidently, and believably. She knows what she’s supposed to be doing. I found this was a great through-line in the movie. We meet Nick Fury, but he’s not the man we already know. Even Goose the cat holds secrets, literally at times. This is a movie about finding who you are, and that theme is carried out through many of the characters.

(I could say… End spoilers here, but if you’re worried about being spoiled, you’re not reading. Goose is an alien! See. You knew that.)

There are some flaws, granted. The de-aging technology used to make Samuel L. Jackson and Clark Gregg look like 1990’s versions of Samuel L. Jackson and Clark Gregg (or to put it in Die Hard: the Zeus Carver version of Samuel Jackson) looks damn near flawless. That’s why when we get some dodgy CGI such as that end fight scene, it’s a little rough. It’s not distracting, but it’s… noticeable. Again, this is a very, very small thing, but I wanted to bring it up to point out that you will have a few moments where you’ll need to put on your “oh, this is a movie!” hat. The soundtrack is good, if a little bit on the nose in a few moments. (Do you think she has a fight scene set to No Doubt’s Just a Girl? Again – not bad, and the fight scene is pretty awesome… just really on the nose.)

Overall, though, it’s a great movie. A lot of reviews say “See it for Larson” and I can’t disagree with that.  She’s a hero. Even when she’s making an MCU quip ™ or she’s trying to figure out what side she should be fighting on, she plays it like a hero would: confident, but opening to caring about what’s going on. I mean this as the highest compliment, she may almost be out of place in some of the other MCU properties that constantly point out how silly everything around them is. I’m looking forward to seeing Captain Marvel in Avengers: Endgame, and I’m looking forward to a lot more Captain Marvel movies. 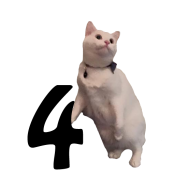