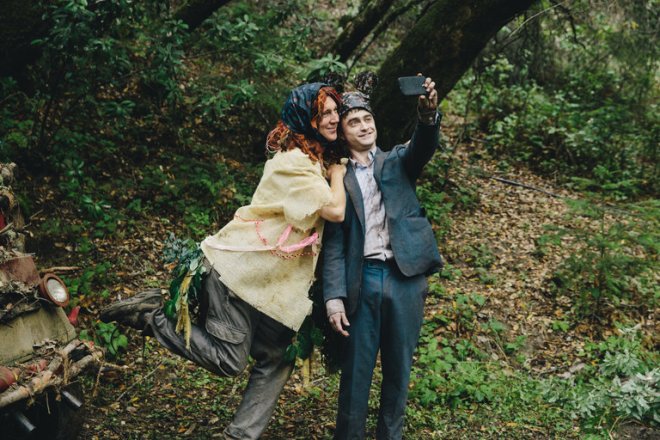 This isn’t a spoiler by any means… it’s actually more of a given. In fact, it’s kind of impossible to spoil a movie like Swiss Army Man, in that it will (and should be) explored an dissected for years to come. However, the final line in the movie is delivered by Mary Elizabeth Winstead’s Sarah who simply asks “What the fuck?”

I can’t think of a better way to describe this movie.

Please note: This is a real description of a real movie, not a fever dream. I’m pretty sure.

Swiss Army Man stars Paul Dano as Hank, a man about to kill himself after being stranded on a tiny island with a cave and plenty of trash. He stops himself when he notices a corpse (Daniel Radcliffe, a lot better here than in Now You See Me 2). After using the corpse’s farting as a motor boat to escape the tiny island, the two must navigate the wilderness so Hank can find his way home. Yep. Hank and the corpse he later names “Manny.” Or the corpse names himself Manny. Oh, yeah, the corpse slowly begins to regain life while exhibiting magic powers, including an unlimited supply of water and a boner-compass.

Yeah. There’s weird, and then 200 miles past weird, there’s this movie.

Despite all of the words I just typed, I have to point out… this movie is amazing. It might be one of the most amazing films ever placed on film. It somehow manages to be deep, hilarious, moving, and sad, more than a movie that features this amount of flatulence should.

It’s also almost impossible to fully review, because so much is left up to the mind of the viewer.

Take, for instance, the question of whether Manny is alive, or if Hank is slowly going insane from his time supposedly on his tiny island. (and I’m convinced that he was not actually on a tiny island at any point.) There’s a great moment early on where Hank is singing to himself, and he notes that he does this as an old habit from his mother – when he couldn’t sleep his mother would have him sing so that he doesn’t over think anything. The filmmakers (billed as “Daniels” but is Daniel Scheinert and Daniel Kwan) slip this line in, and then follow up on it for the rest of the movie. From that point on, whenever something truly fantastical happens, the characters start singing before the background music kicks in – we are drawn into Hank’s world where we aren’t meant to overthink it.

It is almost as if they wanted to make a movie that rejects this type of overanalysis.

The trouble is, so much of this movie lends itself to analysis. There’s a strong theme of being “thrown away” and “trash” deep within the movie itself. Hank’s story is played out expertly during the credits as boats made of trash float by, eventually getting more and more elaborate as more and more of his story goes by. Later, he’s repurpose as much trash as possible to make wonderful things, whether it’s a re-enactment of an encounter on a bus, or a party with his friends. This ties back to dialogue earlier where a corpse is “thrown away” (obviously referencing Manny) and Hank’s use of it.

There’s also a strong feeling of isolation involved in this movie as well. Hank’s island isn’t big at all, only about the size of a room with a cave on it. As he and Manny make their way through the forest, they find many signs of people – mostly in the form of trash – but don’t encounter other people. Hank constantly struggles to find a signal, a connection, but can’t, figuratively in flashbacks, and quite literally in the present. The film spends so much time reinforcing this through long shots of a large forest, or the ocean. It’s a movie that is very aware of it’s isolating surroundings, which is surprising particularly towards the end of the movie.

All of this and it doesn’t even begin to touch on the buddy vibe of the movie, because it does boil down to being two guys, walking through the woods, talking about and exploring life. One of them just happens to be dead and might have magic powers. Credit must go to Paul Dano and Daniel Radcliffe who don’t just commit to their roles, but excel at them. Radcliffe allows himself to be thrown around and for Dano to do most of the heavy (acting) lifting early on in the film. They commit themselves to this important conversations, where they talk about life, trash, and love. They talk about missed opportunities.

I could watch this film repeatedly. It has a heart and warmth that is missing from a lot today. But I’m fascinated with pulling back all the layers and figuring out what is involved in this movie. I need to know more about it, as I search it for meaning. But ultimately, I may have to accept there may be no meaning.

Ultimately, I might need to just not overthink it. 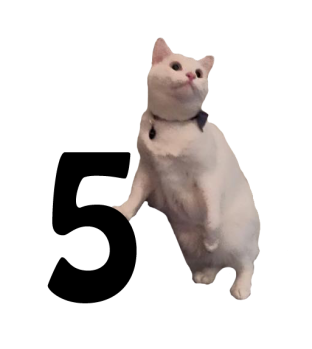