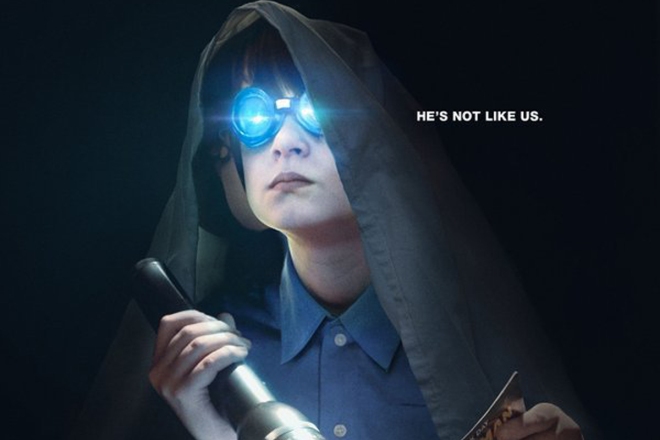 Midnight Special or if Elliott was actually E.T.

Is 8 year old Alton Meyer a savior . . . a weapon . . . or something else? In Jeff Nichols’ newest film, Midnight Special, Roy Tomlin (Michael Shannon) sets out on a mission to protect his son Alton (Jaeden Lieberher) from the grasp of pursuing cult members and government agents. Through Texas flatlands, Louisiana swamps, and Florida wetlands, Roy enlists the help of his state trooper friend Lucas (Joel Edgerton) and estranged wife Sarah (Kirsten Dunst) to transport Alton to his ultimate destination. You see, Alton is not like other boys – he’s not like us.

The strength of this film is not found in its story. If anything, the plot of Midnight Special feels like a mash-up of many other sci-fi/thriller/horror pictures. Nichols himself has listed Carpenter’s Starman as a prominent inspiration for his movie. The premise of the narrative is that Alton is a boy-wonder who can shoot light beams out of his eyes, bring satellites crashing down to earth, and mimic radio broadcasts in languages he doesn’t understand. We’ve seen the creepy Wunderkind storyline before in films like The Omen (1976), and Village of the Damned (1960), but unlike the children in these films, Alton does not seem to be able to control his powers nor does he intend to use them to harm others. He is simply trying to figure out his place in the world (or worlds?) without interference from meddling adults.

Where Midnight Special excels is in its cinematography. Nichols appears to like to work with not only the same actors (Michael Shannon is in all of his films) but also the same crew as his director of photography, Adam Stone, has been in charge of cinematography on previous Nichols’ projects. At times, the shot composition of Midnight Special reminded me of AMC’s The Walking Dead. (Sidenote: Say what you want about The Walking Dead failings in recent seasons, but I still enjoy the cinematic visual style of the show. We are in the New Golden Age of television, people! I, for one, appreciate a well-composed, sustained, establishing shot where the landscape becomes a character a la John Ford. But I digress . . .). Nichols is from Little Rock, Arkansas (if you haven’t seen his masterful 2007 film Shotgun Stories set in rural, southeast Arkansas, find a way to see it), so the American South is a prominent visual component of the film. Throughout the film, the landscape simultaneously functions as both an escape and a trap for Alton and his fellow travelers.

I also really loved the use of color correction and saturation particularly in the night-time sequences. I am calling the film’s color palette: Blue-jeans and Moonbeams. Nichols, you can just put my check in the mail.

Without spoiling the reveal, I will say that this mostly quiet little film has a blockbuster ending. The effects used to create the finale spectacle were well-executed and visually appealing. In typical post-postmodern/metamodern fashion, the audience is left to interpret what actually happened and what comes next (No sequels, please) which some might feel is a bit of a cop out. Case and point, my husband Stephen called Midnight Special, “The best film M. Night Shyamalan never made.” So, who would like this film? Fans of late 70s/early 80s sci-fi flicks like Close Encounters of a Third Kind (1977) and E.T. (1982) will appreciate the film’s visual references and story nods. Or, you know, if you just want to see Michael Shannon’s gloriously furrowed brow for 111 minutes.

Jen Golobic is a high school teacher. For the past three years, she has worked to build the IB (International Baccalaureate) Film Studies program at her school by introducing secondary students to film analysis, history, theory and production. This is her first attempt at a formal film review, so she hopes you reading it!