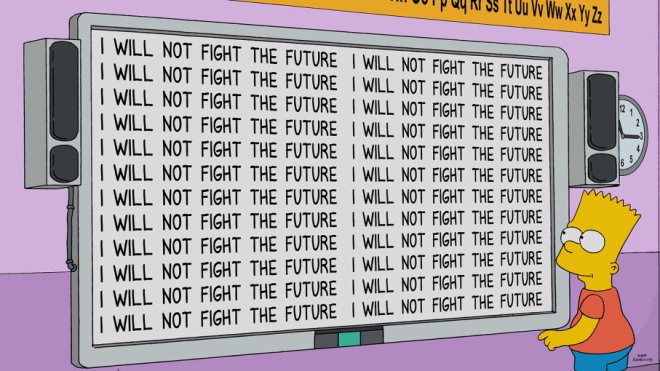 There’s a lot of talk lately about reopening schools vs. not reopening schools. For those who are reading this in the future, hopefully on the internet and not part of an archive to figure out how things went horribly awry in 2020, there’s a huge debate on how to safely open schools in the fall in the middle of a global pandemic. Most experts suggest not cramming kids and adults into a tiny room where viruses, diseases, and love of terrible music spreads on the best of conditions, while their opponents suggest “nuh-unh” and shove their fingers in their ears and start screaming “la la la”.

I say this a lot, but teaching is a weird profession. I’m trying to think of any other profession where everyone experiences some form of it, and thus thinks they’re qualified to comment on the job they’re doing. I’ve been to plenty of mechanics in my life, but I don’t know that I’d be qualified to suddenly tell a mechanic working on my car that he should try moving the car nozzle hose over to the engine make-y go thingy because I’ve seen how these things work on an episode of Top Gear. And yet any time a teacher does anything, there’s a large contingent of people who suggest they don’t know what they’re doing because the went to school once.

That’s where we’re at now. Teachers – you know those people on the front line back in March who had to re-do their entire lesson plans in a few minutes, learn new technology, then learned newer technology when that other technology failed – are saying that it’s a bad idea to restart school the exact same way as we did in Fall 2019. On the other side, we have politicians, parents, and that one guy who read an internet post that everything happening is a hoax now saying we should just restart things the way they were and somehow it will all be ok. Oh, and we also have a Secretary of Education talking about acceptable losses.

If this were a novel that’s the point that our plucky hero or heroine would be talking with their best friend to overthrow the government, presumably after resolving whatever love triangle they were in. Young Adult books are the best.

I think you’d be hard-pressed to find someone who doesn’t want things to go back to Fall 2019 when our biggest concern was wondering what “Rise of Skywalker” meant and how the Emperor was going to come back. (I’m sure there were other concerns, too.) But to put kids back in school now is an incredibly bad idea. For context, I went through teacher training, up through the internship, so when I tell you that teaching is a tough profession, I’m speaking from experience. Not as much as some people, but as someone who couldn’t do it.

The thing is we’re stuck in this binary right now where we either send students back to school to all sit inside or we switch everything to virtual and try to maintain school like it’s been done for over a hundred years. We don’t know a ton about the COVID virus, but we know that one of the worst things you can do is sit inside in a closed place, close to people. Sure, wearing masks can help, but… and I say this lovingly… trusting students to remember things like masks might not be the slam dunk everyone is hoping for. But the problem runs a little deeper than that.

I’m going to explain things in terms of Back to the Future, as all things should be.

One of my favorite quotes is from Back to the Future 3, which is the third best time travel movie featuring a souped up DeLorean and a flux capacitor. For those who don’t know anything about it, you really should and I’m not going to spend a lot of time talking about it here because this about reopening schools, not necessarily about Robert Zemeckis’s time travelling masterpiece. At one point in the movie, Doc and Marty are talking about how to get back from 1885 to the then future time of 1985, and Doc suggests pushing the DeLorean with a train to get it up to 88 miles an hour. Marty, who’s not there for his science ability, notes that their route takes them to a not yet built bridge and a giant ravine that exists nearby, and all that cool flying the DeLorean did in the second movie won’t really work and they’ll die. The Doc’s response is “You’re not thinking 4th dimensionally.”

Now, he’s obviously talking about Time Travel, in this case the bridge will exist if their plan works and they go into the future, and it if doesn’t then they don’t really have to worry about much. But I like that quote, because it’s a great reminder that we need to be constantly thinking ahead and not just conceive of what is, but what might be. (Which is terrible grammar, ending a sentence like that, but it has to do with time travel so we’ll just say its time travel grammar.)

While I don’t agree with the reasons as to why the first impulse might be to send kids back to school, I understand the thought process behind it. While teachers did a fantastic job literally upending every aspect of their job and reinventing everything on the fly, the switch to online teaching wasn’t the smoothest of processes. While this mainly had to do with the people making the decisions having a combination of “not planning for a global pandemic” and “not really 100% sure how classrooms work because hiring people to make decisions doesn’t always require classroom experience”, it was rough. There was the unprecedentedness of it, but also the fact that the first impulse was to do things the same way, but virtual. Classes that lasted a certain amount of time on certain days, everyone meets at certain times, and pretty much the same work.

Like I said earlier: the concept of school hasn’t really changed in years. Everyone goes into a classroom, the teacher teaches while maintaining the classroom, then they move to another classroom. At some point, there’s lunch, and that weird chemical smell in the lunchroom that hasn’t changed since the beginning of time. I don’t’ know what it is, and if we’re being honest, I don’t want to know. I cannot stress this enough. Don’t tell me.

But what if we took this opportunity to completely reform what it means to learn? What if we took this opportunity to look at how school works, and used that as a springboard to make things better for students and teachers? We don’t have to put all of the kids back in school and quite frankly risk the lives of everyone inside. They don’t have to meet at certain times. Teachers could be provided with the tools necessary to work with students on a more individual level: helping students who need more instruction. Like reverse schooling: the teacher records a lesson then provides office hours to answer questions.  And all this could be accomplished either virtually, or through other means, like staggered teaching times or just not overcrowding the building. More learning with less of a “Hunger Games” who gets the virus today vibe.

Because trust me, if you think not going to a physical building is going to cause a problem with students, then you’re not going to like it when the teacher and half the class is out.

There are a lot things to work out in this. I’m by no means an expert. I did just explain a large portion of my point using a movie that is largely predicated on the idea that your ancestors look scarily like you. I do understand there’s issues with working parents that can’t just leave their kids at home all day and trust a computer to watch them. There’s a whole lot of issues that need to be solved here. I understand not everyone has access to computers and the internet that they need right now, and we do need to get that to them in a safe, effective way. I wish I had all of the answers instead of just ranting against the few. But again, I’m just someone who went through the training and knows what our teachers have to deal with. They already showed a level of dedication that I’m not sure everyone realizes. My job went virtual and it largely meant that I could retire my pants with buttons for a few months. These people rewrote the playbook. Let’s let them start doing what they’re trained to do, and teaching our kids in a way that keeps them safe.

The alternative is to play a very scary game with the lives of our kids and our teachers.