And that was when Michael learned his valuable lesson about writing about a movie before he saw it. The End.

Ok, I’ll back up a little bit.

Yes, I’ve written about my concerns about Ready Player One. A lot of people have, typically based on the fact that the movie is a celebration of fandom at a time when fandom, to a lot of people, means telling people who don’t draw your characters correctly to kill themselves or by yelling at a McDonald’s employee because they don’t have the correct sauce that a character I don’t think we’re supposed to like craves. I wrote mine based on my concern that it would largely miss the point of the book, all while forgetting it was being directed by Steven Spielberg, and if I’d thought about it for a second, I probably should have remembered that he’s responsible for about 90% of the things I’ve loved.

And I was dead wrong to be concerned. I loved Ready Player One, the movie, probably more than the book.

For those of you who don’t know, Ready Player One is set in the future where the world is a depressing hellscape, so most people retreat to an online world called the Oasis where they can be anything. I know, extremely far-fetched. James Halliday, the inventor of the game and the lover of all pop culture from the 1970’s and 80’s (We’ll get to that in a minute) leaves his vast fortune to whoever can solve his riddles and find an Easter Egg hidden in the Oasis. Wade Watts, who plays the game as Parzival, is a poor kid living in “The Stacks,” and dreaming of a better life, and goes looking for this Easter Egg, teaming up with his virtual friends in the game and in the real world, all following the clues left by Halliday.

My big concern, as I’ve stated previously, is that early trailers seemed to focus on the latter parts of the book, which were just long lists of things that writer Ernest Cline really seemed to love. That’s not terrible – there’s a reason that the protagonists in Young Adult Novels are really in to the music that their writers probably would have listened to, but not contemporary work – but a movie can’t sustain that. I wanted a movie that would focus on what I felt was the strongest part of the book, and the part that’s often overlooked: The feeling you get when you share really good pop culture with someone.

We tend to take some pop culture for granted. There are so many venues, so many channels, so many was to consume it, we’re losing that cultural moment. Sure, we’re all talking about Westworld, but did you also see that it was on the same time as [insert five other shows in here]. It’s become a bit of a joke, too, even as our cultural moments are almost mocked. How many people are taking it as a badge of honor that they don’t intend to see the newest Avengers Movie? Or going further back, how many people wanted to spoil the ending of Harry Potter and the Half Blood Prince because watching fans be hurt was “funny.” We’ve reached a cynicism towards pop culture that isn’t really fun anymore.  To me, Ready Player One accomplished what it was supposed to: It brought back that feeling you had of eating pizza on a Friday night, watching some stupid movie you’ve seen a 100 times with your friends, and you primarily communicate in quotes from the movie.

Look, I get it, the book wasn’t perfect. The movie isn’t either, but Spielberg, in adapting the movie, made it more of a book about friends: Wade, Samantha, Helen, Sho, Daito… as they ran around, trying to find clues. There’s life and death stakes, but they’re never given a lot of weight, because it is just meant to be a fun movie. It’s about those moments where we have to realize that you have to make some kind of memory, that pop culture for pop culture’s sake isn’t much fun. It’s the meaning you put behind it, that’s the fun part. That’s what the movie really nailed for me, especially in condensing the timeline.

Some of the film’s best moments are those in which they juxtapose what’s happening in the game (A massive battle for the soul of the Oasis itself) with people running on the street, wearing their VR gear. Yes, it’s a big battle. Yes, it will be to control the vast fortune left by Halliday. But at the same time, it’s a game. Being played by friends.  In adapting this, much of that focus is on the friendship angle, and how the game itself is better when played together. That’s where the strengths of this story lie.

I also really liked how sparse some of the exposition was. The movie does seem like it starts with a very long explanation of what everything is – but then it doesn’t spend much time in the “real world” or even the video game world, taking time for you to have to infer a lot on your own. For instance, there’s no real exploration of just how bad things are on the outside, except for the fact that it’s really easy to rack up debt while the evil IOI corporation would track you down and force you to work to death to pay them back. It’s details like that that tend to speak to just how bad things are on the outside, and how the Oasis is that last refuge. The movie, for all of the spoon feeding, does make you work, and I really liked that.

Really, if I had any complaint, it’s that first challenge… in the movie it’s a race with a cryptic clue about something fun that Halliday wanted to do. In the book it’s a challenge that’s on the Oasis’s one “Free World” where anyone can access. I wish the movie had stuck with that, because there’s a bigger message about how everyone should be able to access pop culture, and the fun comes with bringing people into it… not “gatekeeping” what people should or shouldn’t enjoy.

Maybe I’m off. Hey, as the movie reminded me, these are just my opinions, and you’re welcome to your own. But I do know in the future I won’t be so quick to judge something until I see it. And I’ll keep working to bring back my own feeling of sitting around, eating pizza on a Friday night with friends. 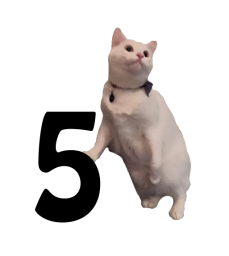