One of the things that first attracted me to science fiction was the fact that it all seemed to have a cool message of some kind. It wasn’t just space-lasers and funny dialogue while space-heroes did cool science fiction things with robots, although that helped. Star Trek, one of the first science fiction shows I never watched, has a great message of hope buried in its green women and giant floating space-heads. It was also a show that showed that there was hope for a better future. It showed that we could all get along. It wasn’t always subtle about it, but still, science fiction at one time didn’t just tell a story, but also influenced me in my writing, reminding me that science fiction, or any story, should be about something, even if its through the eyes of a 30 foot tall robot and his best friend during the cold war.

So when I heard that Arrival was that type of science fiction movie, I was excited. And I have to say, for the most part, it succeeds.

Arrival is the story of what happens when 12 Alien ships land on Earth. They… arrive, if you will. Anyway, since they don’t immediately start targeting all of our important landmarks, the US Army turns not to Will Smith or his cheaper sequel-approved equivalent, but instead to linguist Dr. Louise Banks (Amy Adams) to lead the American Team to find out what these aliens are saying. Turns out that they’re all about communicating, but they just don’t know how, since they’re mostly tentacled shapes behind a clear wall. During that time, she works with Dr. Ian Donnelly (Jeremy Renner) a theoretical physicist who just wants to understand them as well. Eventually, she gets a dialogue going, but just what are they saying? And are they friendly? And how does this relate to Dr. Banks’ daughter, who dies in the prologue of the movie?

Turns out, a lot.

Arrival is a fantastic movie. If it weren’t for the ending, it might be in the top 5 movies of the year, but sadly, the ending takes away a lot of the power of the first part. Don’t worry… I’m not getting to the spoilers just yet.

First, let’s talk about performances. Amy Adams should spend the next awards season on a tram wearing a ball gown while they just place the awards next to her so she can go easily to the next one. I don’t care if it’s Oscar or MTV Movie award. She is simply fantastic in this movie as a tortured scientist who just wants to understand these creatures. She shows off a confidence that’s undercut by fear (who wouldn’t be afraid at dealing with 15 foot tall tentacle creatures that may be there to blow up the Brooklyn bridge, and there’s no Will Smith to save you?) and constantly doing this while being hindered by the big twist at the end of the movie. She’s absolutely perfect as a civilian who is wonderful in her role, but now has to work for the military… who are ready to blow the aliens out of the sky.

And that’s what this movie does so well. At it’s core, it’s a movie about that understanding. Dr. Banks wants to understand the aliens, the aliens (not much of a spoiler) want to understand them, but what makes this work is that there are 12 ships, each being studied by another country. Progress on understanding these aliens works when everyone is working together, and things begin to be more urgent not just as time goes on, but as communication begins to break down between the countries.

What makes this work is that this is a giant-globe trotting story that could easily encompass many different characters, all with baggage of their own which would have resulted in a 9 hour movie, or at least one where things are so watered down that you don’t care about any characters. But keeping the focus on Dr. Banks means so much to the characters, and it means so much to the story. This giant, life altering story is instead boiled down to the life of one woman who is trying to get not just the aliens to understand her, but the world to understand her. And to get the aliens to understand that the world isn’t all bad, particularly after once incident that I’m afraid is all too real.

Unfortunately, this wonderful story of love and peace is undercut way too much by the ending. Spoilers for the ending to follow.

One of the reasons Amy Adams deserves so many awards is the ending. There is a wonderful exploration of how studying linguistics can change people’s brains. In this case, it’s changing her brain to understand time itself, which means now she can see into the future. That daughter… that’s the daughter she’s going to have with Dr. Donnelly, and all the memories that are intercut with the story are her looking into the future, as she further understands her own time.

To protect this twist, it essentially needs to have Amy Adams play off a grieving mother, but for a child that doesn’t exist yet. And I’m sorry, that cheapens a spectacular performance, because now she’s just melancholy because… sadness? It’s an unneeded twist in a wonderful film about understanding.

Now, this does lead to some great moments in science fiction, such as Dr. Banks’s decision to still go through with her life as she saw it, despite the fact that her daughter is going to die one day. (And the revelation that the reasons he and Dr. Donnelly are no longer married is because she told him about the future, and he couldn’t handle it. But it’s ok, because all of the scenes are distracting, hidden behind vague moments, vague dialogue, and vague descriptions of what they’re doing.)

Overall, this is still a fantastic movie, and one you should see. This may sound like a major gripe for the movie – it is to me. There are still performances that need to be seen, and a universal story about how we should all get over ourselves and just work together, because this is the only shot we have. But it’s one that’s undercut with a scene where a frantic call to a personal cell phone stops global genocide, because two characters met at a party in the future, and send a message into the past. 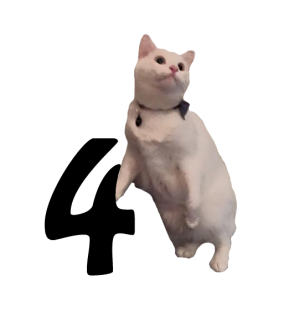