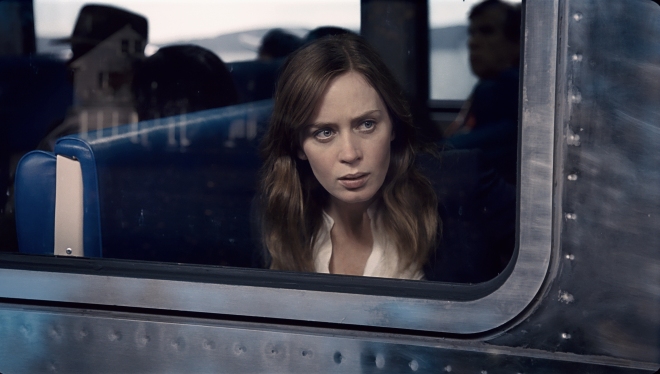 by Marissa and Michael Hock

Whenever a book is translated to the big screen, it’s important to remember that they are two very different mediums. Especially for a book like The Girl on the Train which relies heavily on the first person narrative, which doesn’t always translate to the screen quite as well, since, you know, a rolling inner dialogue may not translate into a great movie quite as well. It goes triple for a book like The Girl on the Train, as it relies on a three-person inner narrative, multiple perspectives, and a mystery. Paula Hawkin’s book, directed by Tate Taylor, manages to make it to the screen mostly in tact.

The Girl on the Train is about… well, a girl who rides a train. Moved from London to New York but with an actress who has a British Accent (I guess they couldn’t afford the rest of the cast to have a British Accent), Emily Blunt stars as Rachel, a depressed alcoholic who rides a train past her old New York home every day. There she watches a young couple (Haley Bennett and Luke Evans) Megan and Scott, and her former husband and his new wife (Rebecca Ferguson and Justin Theroux) and she drinks. When Megan goes missing, Rachel thinks she has an idea about what happened, and what follows is a psychological-ish thriller that will keep you guessing until the halfway point when you either figure it out, or you just want Rachel to stop digging that hole for herself.

This movie, while frustrating at times, does manage to capture the psychological element pretty well in the early scene. It’s pretty obvious early on that Rachel spends most of her time unraveling, and  alcoholism distorts her reality, her obsession with this perfect couple and her ex-husband and his new wife grows. The train scenes capture this as Rachel does spend most of the movie as a passive observer, trying to imagine a better life that is being lived outside those windows.

For the most part, I thought the movie succeeded in showing us the complexity of these characters, especially Rachel, Anna, and Megan, switching perspectives as we gain new insights to each of the characters. Rachel and Megan have a tragedies that bond them, while Anna may not be the perfect victim she is made out to be in the early scenes. The themes that  appearances may not reflect the real story are deftly hidden in the narrative, but do tend to make themselves more obvious as time goes on. I enjoyed how the mood of the movie became more and more sinister and dark as the story progressed.

The movie failed mostly as it tried to present the characters through this perspective. It’s easy to hate Rachel early on as she’s an alcoholic, or to look at Anna as the too-perfect pintrest housewife, and Megan as the hot young wife who’s probably in it for the status and a little bit spoiled. As the layers are peeled back, we gain some perspectives by the characters themselves never seem to change. Anna is still primarily defined by her hatred of Rachel, Rachel is defined by her slow unravelling, and Megan never really gains the depth we need until one late scene.

That’s not to say these actresses don’t work hard to carry a movie that comes to a dead stop at times.

The real issue here is the pacing, which is almost glacial . While this is a psychological thriller, the slow burn could have been used more effectively. There’s also a sense of danger that should be present, but never really is. When Megan goes missing, it’s treated mostly as a minor inconvenience for the characters, rather than something sinister. Until, of course, it comes to the husband, who is always a suspect because that’s usually the easiest road to go down, and could have spent most of his time in an actual red herring costume.

Overall not a bad film, but fails to live up to the expectations put forth by a mystery with some genuine twists and turns. 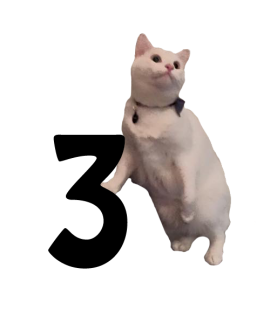